Although marijuana is now legal in Canada, social stigma still tends to divide people’s perceptions of medical and recreational use. Cannabis for enjoyment purposes is considered taboo among many Canadians. Medical cannabis, on the other hand, is administered under the guidance of a healthcare professional who will specify dosage and monitor results. Many people are surprised to learn that medicinal and recreational marijuana are actually quite different. Let’s explore what those differences are.

THC is the chemical compound in cannabis responsible for giving users that euphoric high. Also known as tetrahydrocannabinol, it is a cannabinoid. Cannabinoids interact with brain receptors to create a variety of effects. These receptors are responsible for thinking, memory, coordination, and pleasure. THC attaches to these receptors and activates them, affecting various parts of the brain. Recreational pot tends to have higher concentrations of this psychoactive ingredient compared to medical cannabis.

What is Medical Cannabis?

Medical cannabis is recommended by doctors to treat symptoms of illness and other conditions. From multiple sclerosis to various forms of cancer, marijuana is often used to help alleviate associated stresses on the body. Medical cannabis contains higher amounts of CBD, also known as cannabidiol. It is just one of more than a hundred compounds found in the plant. Because it contains no psychoactive properties, it does not provide the high that’s typically experienced during recreational use.

THC: Effects & Risks on the Body

Since THC affects responses in the brain, it can often trigger hallucinations, cause delusions and change thinking patterns. Tetrahydrocannabinol also stimulates brain cells to release dopamine, creating feelings of pleasure and happiness. It tends to interfere with how information is processed, thus altering memories and perception of events. The effects of THC can typically last two hours, and kick in 10 to 30 minutes after ingestion. Psychomotor impairment could continue, however, even after the high has stopped.

When it comes to risks, THC may impair a user’s motor skills. This is why those who take marijuana are advised not to operate a vehicle for at least three hours after consumption. According to the Canadian government, impaired driving is still the leading criminal cause of death and injury with drug-impaired driving steadily increasing.

Here are some other risks associated with THC:

Although studies are not yet clear, there is some concern that persistent THC use can also affect fertility in both and women. The drug can also interact with certain prescription medications.

For years, researchers have been investigating the potential benefits of cannabis. From Parkinson’s to opioid addiction, studies show medical marijuana can help alleviate the symptoms associated with a variety of diseases and conditions. In cannabis, there are more than 100 different chemicals called cannabinoids. Each one has a different effect on the body.

As mentioned earlier, medical marijuana has higher concentrations of the non-psychoactive compound, CBD. It is used to treat a number of different conditions, including:

Medical marijuana has many therapeutic benefits. It has the ability to control nausea, improve sleep and reduce inflammation. More recently, medical cannabis has gained national attention for its potential ability to control seizures in children. Some epilepsy centers are testing a drug called Epidiolex, which is made from CBD. It is meant to be used for patients who suffer from severe seizures. Preliminary studies have shown a significant drop in seizures among those using this drug.

Despite the many benefits of medical cannabis, the federal government is taxing cannabis producers under Canada’s new legalization framework. This means in provinces like Alberta, medicinal users could fall victim to this added cost. Critics say they do not understand why medical marijuana, which has been legal since 2001, is suddenly subject to a tax under new legislation.

CBD and THC have the exact same molecular structure. Each consists of 21 carbon atoms, 30 hydrogen atoms, and 2 oxygen atoms. But they each impact your body differently because of the way these molecules are arranged. Both best CBD capsules and THC are very similar to our body’s own endocannabinoids. This allows them to interact with our cannabinoid receptors, impacting various parts of the brain.

As mentioned previously, medical cannabis — which contains high concentrations of CBD — does not have the same psychoactive properties as THC. Users of medicinal marijuana do not experience the high that recreational users do. The reason is that THC binds with the cannabinoid 1 (CB1) receptors in the brain, creating a euphoric effect. CBD binds, if at all, very weakly to CB1 receptors.

The reason why CBD is safe for treating medical conditions is that the side effects are very limited. Patients can typically tolerate cannabidiol very well, even in large doses. Any negative reactions that do occur are usually the result of interaction with other medications. THC, on the other hand, causes a number of temporary side effects including:

Although none of the above side effects are fatal, long-term psychiatric damage could occur over prolonged use.

When it comes to drug testing, most are looking for traces of THC as opposed to CBD. This is because of THC’s psychoactive properties, which can alter human behavior. Although CBD-sensitive drug tests are available, they are not widely used.

If you’re thinking of using cannabis to treat medical symptoms, CBD is the favorable option. Although many users enjoy the high that comes from THC, this is just a temporary escape from pain and illness. For more lasting benefits, consider the medical properties of CBD instead. Discover the healing properties of cannabidiol on your journey to health and wellness. With ongoing research and increased funding, many patients believe CBD will become one of the greatest medical stories of our time.

About: Rebecca hill is a Community manager at Apollo Cannabis, who provides personalized medical cannabis prescriptions, education and treatment support, free of charge. 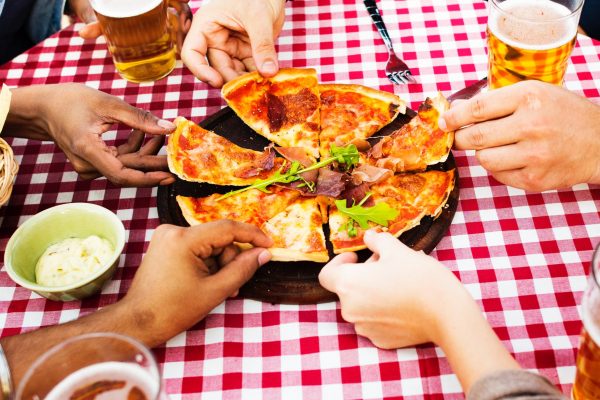 The escalating weight crisis of Australians

3 Reasons Coffee is Good For You

3 Reasons Coffee is Good For You

https://unsplash.com/photos/I_394sxx0ec Representing one of the biggest counterweights to tea in the market of relaxing and energizing hot beverages, coffee is...